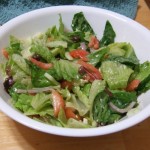 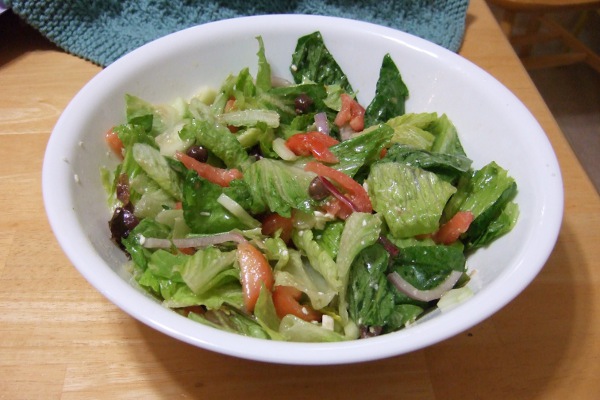 I could eat this salad every day. It is so light and fresh tasting.

Combine all dressing ingredients in a jar or other container with a leak proof lid. Shake vigorously until well mixed and onion is thoroughly coated. Refridgerate for at least four hours, optimally 12 to 24 hours. Dressing will keep for several days.

Combine all ingredients in a large bowl. Just before serving, add dressing and mix salad until well mixed and coated with dressing.